The South Cemetery is owned in common by the German and English Lutheran and the United Presbyterian congregations.         In 1850 John NEGLEY deeded land to the German Lutherans, and subsequently to the English Lutherans, and still later the McQUISTION heirs made a deed of a small tract of land adjoining upon the south, to the United Presbyterian church.

In this cemetery lie the remains of many of the pioneer settlers of Butler. 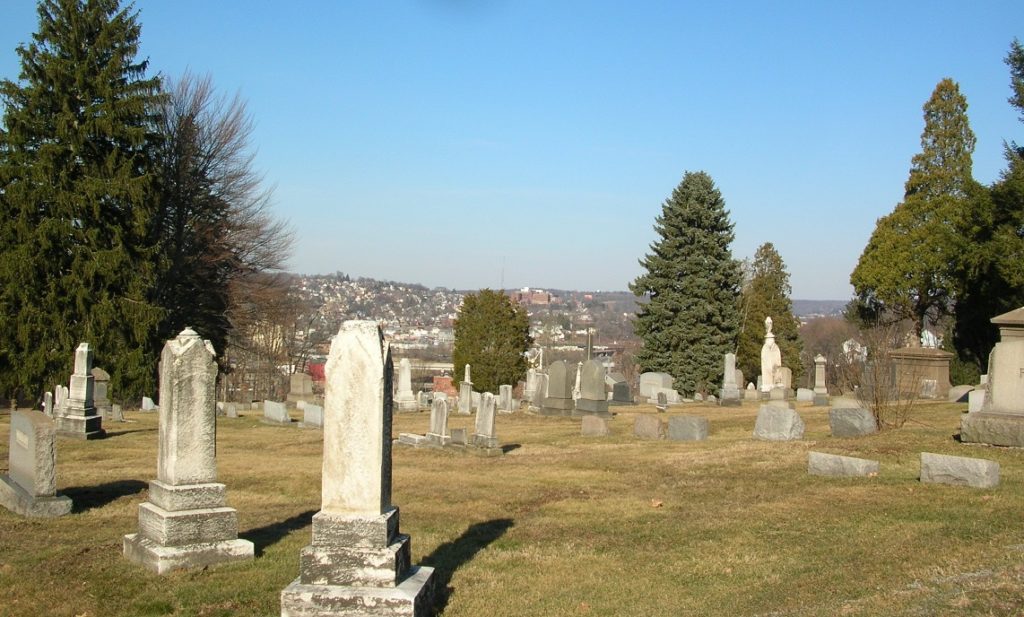